Browse by Categoy
Recent Articles
How to Create a Real Estate Website with WordPress?
How can email marketing fuel your overall inbound strategy?
Click Through vs Click to Open Rate: What’s the Difference?
Email Marketing VS Newsletter Advertising - Difference and Benefits
Weebly vs WordPress: Detailed Comparison
How to run a cron job for every hour?
You Might be Interest in
Apache vs NGINX - Who WINS in terms of Performance?
What Is WordPress Multisite And How Can You Create It using CyberPanel?
How to Easily fix "dmarc policy not enabled cloudflare"
How to Clean And Optimize your wp_options table and Autoloaded Data
20+ Cloudflare Alternatives
Speed Up your WordPress site by Reducing unused JavaScript
Home » Blog » CyberPanel

How To Easily Transfer Files Over SSH Using SCP

Introduction to transfer files over SSH

Transfer files over SSH - You need to move files from one Linux machine to another in a secure manner from time to time. You might want to backup or upload some files to a production server.

Far too often, you’ll need to download or unload a file to a remote server, and there are no other options than using an SSH connection (to transfer files over SSH). Fortunately, copying files over a secure connection is one of the protocol’s usual functions. On Linux computers, you can use the SCP command to do it.

SSH, also known as Secure Shell or Secure Socket Shell, is a network protocol that allows users, especially system administrators, to access a computer across an insecure network in a secure manner.

The SSH protocol is also implemented by a set of utilities known as SSH. Secure Shell allows for robust password and public key authentication, as well as encrypted data exchange between two computers connected over an open network like the internet.

Both the cryptographic network protocol and the set of programs that implement it are referred to as SSH. The client-server model is used by SSH, which connects a Secure Shell client application, which displays the session, with an SSH server, which operates the session. Application protocols for terminal emulation and file transfers are frequently supported by SSH implementations.

Other application protocols can also use SSH to construct secure tunnels. By default, an SSH server listens on port 22 of the Transmission Control Protocol (TCP).

What is SSH used for?

SSH is included by default with every Unix, Linux, and Mac server in every data center. SSH connections have been used to secure a variety of communications between a local workstation and a remote host, such as secure remote access to resources, remote command execution, software patch and update delivery, and other administrative or management duties.

Connecting to servers, modifying files, uploading them, and exiting using tools or directly through the terminal is accomplished through the Secure Shell. Automating server access with SSH keys is common in scripts, backups, and configuration management.

The SCP (Secure Copy) protocol is used to copy files over SSH. SCP is a system for securely moving files and entire folders between computers that is based on the SSH protocol. A client can securely submit (upload) files to a distant server or request (download) files using SCP. It can also be used to transmit files across remote servers.

Prerequisites to transfer files over SSH

How to transfer files over SSH?

To see all your files and folders (directories)

Your transferred file will be displayed here

Dedicated Server Vs Shared Hosting. Which Is Better?

There are so many alternatives to pick from when it comes to web hosting services that you may be unsure where to begin. We'll look at dedicated server vs
Read Article 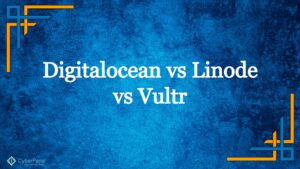 Cloud computing is one of the modern-day disruptive technologies whose future is as bright as the rippling ocean in sunshine. Cloud computing, a buzzword that
Read Article 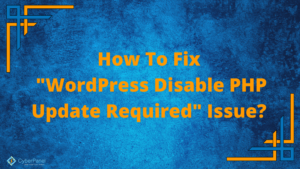 In this article, you will learn about how to fix "WordPress disable PHP update required" error. After a recent upgrade, you may have seen a new notification
Read Article
Table of Contents
Primary Item (H2)Sub Item 1 (H3)Sub Item 2 (H4)
Sub Item 3 (H5)
Sub Item 4 (H6)