Browse by Categoy
Recent Articles
How to Create a Real Estate Website with WordPress?
How can email marketing fuel your overall inbound strategy?
Click Through vs Click to Open Rate: What’s the Difference?
Email Marketing VS Newsletter Advertising - Difference and Benefits
Weebly vs WordPress: Detailed Comparison
How to run a cron job for every hour?
You Might be Interest in
How To Leverage Browser Caching In WordPress?
Use PHP Redis Cache With Custom PHP Sites
Serve Static Assets With An Efficient Cache Policy (3 Methods)
Home » Blog » Cache

How To Clear Redis Cache from Command Line (2 Easy Methods)

Redis is an open-source, in-memory, data structure store. It can be used as a database, cache and message broker and supports various data structures such as Strings, Hashes, Lists, Sets etc. Redis is written in ANSI C and works in most POSIX systems like Linux, *BSD and OS X without external dependencies. In this article we will learn how to clear Redis Cache.

Redis is often referred to as a data structure server since keys can contain strings, hashes, lists, sets and sorted sets. You can run atomic operations on these types like appending to a string; incrementing the value in a hash; pushing to a list; computing set intersection; or getting the member with highest ranking in a sorted set.

Read: How to configure Redis Object caching for WordPress

Why would you want to clear Redis Cache?

You might need to clear your Redis cache for one of the following reasons:

The redis-cli command is used to run commands against your Redis instance from your terminal. You need to have SSH access to your server.

If you don't know how to access server SSH, we've written a tutorial where we've explained how you can access terminal using Bitvise -> How To Easily Transfer Files Over SSH Using SCP

The redis-cli is a great option if you have SSH access to your server. Follow these steps to use it:

Alright, once you are logged into your Redis server, you can now run Redis commands, your terminal should look something like this

Now in this terminal you can directly run Redis commands.

Since we are already logged into Redis server, we will omit "redis-cli" from some of our commands.

How to Clear Redis Cache from Command Line

We will now clear Redis cache using the flushall command

As you can see we've directly used flushall command and didn't use the full form (redis-cli flushall) because we are already into Redis server.

This will clear everything from your Redis cache.

flushall command will remove everything from Redis cache, if you want to clear Redis Cache for certain database you first need to find out database number using:

Replace <database_number> with your database number.

From Redis 4.0.0 onwards, keys can be cleared without affecting your server in any way. You can accomplish this by using the flushall command with the async parameter:

Similarly if you want to delete from certain database

In this article we've learned how to clear Redis cache using redis-cli. I've also personally noticed that while using Redis Caching with LiteSpeed Cache, it sometimes becomes really slow and when you disable object caching your site becomes normal.

In this case you can delete flush your Redis cache and re-enable it. However, if you still have any questions, feel free to ask below. 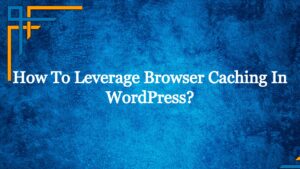 How To Leverage Browser Caching In WordPress?

In this tutorial we will learn how to Leverage browser caching in WordPress to speed up your site. There are a number of ways to speed up WordPress websites in
Read Article 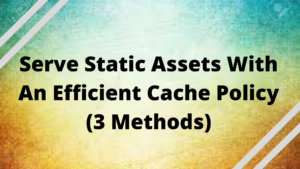 When you serve static assets with an efficient cache policy, the user's browser will store these files locally and less time will be needed to load the page.
Read Article 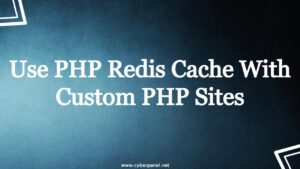 In this tutorial we will learn how to use PHP Redis Cache with custom PHP sites. Redis is a speedy in-memory database and cache that is built in C and tuned
Read Article
Table of Contents
Primary Item (H2)Sub Item 1 (H3)Sub Item 2 (H4)
Sub Item 3 (H5)
Sub Item 4 (H6)