Browse by Categoy
Recent Articles
How to Create a Real Estate Website with WordPress?
How can email marketing fuel your overall inbound strategy?
Click Through vs Click to Open Rate: What’s the Difference?
Email Marketing VS Newsletter Advertising - Difference and Benefits
Weebly vs WordPress: Detailed Comparison
How to run a cron job for every hour?
You Might be Interest in
How to fix "wget: command not found" (2 Steps)
How To Find Files In Linux?
Home » Blog » Linux

How to List Running Processes in Linux and Manage them

List processes Linux - Developers utilize a variety of applications and run commands in the terminal on a daily basis.
On your Linux system, each application you use or command you perform produces a process or task. To guarantee optimal system performance, you will need to control processes as a system administrator.

Multitasking is one of the most appealing features of the Linux operating system, as well as modern computers in general. As a result, numerous programs can run simultaneously.

What are processes in Linux?

When you perform a command or open an application in Linux, it starts a process. Applications, on the other hand, generate and execute several processes for various tasks, whereas commands only create one.

Similarly, when you run a command in the terminal (such as curl ifconfig.me), it starts a process that will only terminate when the command completes or is terminated.

Each new process starts as a foreground process by default. This implies that it must be completed before a new process may begin. Processes running in the background allow you to work on other things at the same time.

Use one of the three commands to list processes in Linux:

Utilizing ps as a command

The ps command (process statuses) creates a snapshot of all currently active processes. As a result, unlike the Windows task manager, the outcomes are predictable.

The syntax for the ps command is as follows:

The following are some of the most commonly used ps command options:

The following categories are included in the default output:

Using the a, u, and x options together produces a more detailed output

To show the currently executing processes in a hierarchical order.

Using the top command in Linux, you can get a list of currently running processes

The top command provides a list of currently active processes in decreasing CPU consumption order. This means that the processes that use the most resources are at the top of the list:

Use the following options to interact with the top command or modify the output format while it is running:

Using the htop command in Linux, you may see what processes are currently running.

The htop command produces the same results as the top command, but in a more user-friendly and understandable manner.

Because this command isn’t included in most Linux distributions, you’ll need to install it yourself:

To interact with the htop command, press the following keys:

Knowing how to list all running processes in your Linux operating system is critical. When you need to manage processes, this expertise will come in handy.
To customize the output and command behavior, use the available command options. 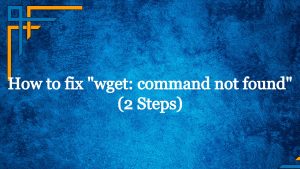 wget is a command-line utility for downloading files from the internet. It is typically used in Unix-like operating systems, but is available for other
Read Article 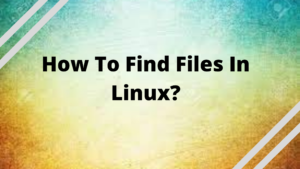 How To Find Files In Linux?