Browse by Categoy
Recent Articles
How to Create a Real Estate Website with WordPress?
How can email marketing fuel your overall inbound strategy?
Click Through vs Click to Open Rate: What’s the Difference?
Email Marketing VS Newsletter Advertising - Difference and Benefits
Weebly vs WordPress: Detailed Comparison
How to run a cron job for every hour?
You Might be Interest in
Cyber Security Consultant: A Complete Overview and Career Path
How To Diagnose Out Of Memory Killed PHP-fpm Error?
Easily Remove/Hide WordPress Version Number
How does Varnish Cache + NGINX Reverse Proxy Works
How To Fix "WordPress Disable PHP Update Required" Error (2 methods)?
How To Reverse Look up DNS (rDNS)
Home » Blog » CyberPanel

Server providers such as DigitalOcean, AWS, Vultr, and others block your email's outgoing port 25 to stop spam from getting through. However, you can always ask them to unblock it. If you want to find out if your port 25 has been blocked, you can use a manual telnet session to test SMTP connection.

SMTP connection errors can be resolved in a variety of ways, but command line can detect them directly. Telnet is typically used to test SMTP connection failures. In the steps that follow, we will use Telnet to test the email server. A critical part of setting up an email server is making sure SMTP works from the command line (Linux).

SMTP is a text-based, connection-oriented protocol in which a mail sender connects with a mail receiver by sending command strings and supplying required data across a reliable ordered data stream channel, often a Transmission Control Protocol (TCP) connection.

An SMTP session is made up of commands from an SMTP client (the initiating agent, sender, or transmitter) and responses from an SMTP server (the listening agent, or receiver) that initiate the session and exchange session parameters. There may be zero or more SMTP transactions in a session. Three command/reply sequences make up an SMTP transaction:

What is a Telnet session?

Telnet is a network protocol for remotely accessing a computer and establishing a two-way, collaborative, text-based communication channel between two computers.

It creates remote sessions using the Transmission Control Protocol/Internet Protocol (TCP/IP) networking protocol, which is controlled by the user. Hypertext Transfer Protocol (HTTP) and File Transfer Protocol (FTP) on the web simply allow users to request specific files from faraway computers, whereas Telnet allows users to log on as a regular user with the privileges assigned to the specific applications and data on that computer.

Telnet is most commonly used by coders and anyone who needs to access certain apps or data on a remote computer.

How does Telnet works?

Telnet is a client-server protocol for opening a command line on a distant computer, usually a server. This utility can be used to ping a port and determine whether it is open. Telnet uses a virtual terminal connection emulator, which is an abstract instance of a computer connection that uses standard protocols to act like a physical terminal attached to a system. For users that need to communicate data files, FTP and Telnet can be utilized together.

Telnet allows users to connect to a machine remotely, often known as Telnetting into the system. They must provide their user credentials combination to gain access to the remote computer, which allows them to run command lines as if they were physically present at the computer. Users' IP addresses will match the computer they are signed in to instead of the one they used to login, regardless of their physical location.

What are the uses of Telnet?

Telnet can be used to do a range of tasks on a server, including file editing, programme execution, and email checking.

Some servers allow remote connections through Telnet to public data in order to play simple games or look for weather forecasts. Many of these features exist because they are nostalgic or because they are still compatible with earlier systems that require certain data.

Telnet also allows users to connect to any software that uses text-based, unencrypted protocols, such as web servers and ports. Users can open a cmd on the remote machine and type telnet followed by the name or IP address of the remote machine, and the telnet session will ping the port to see whether it is open or not. A blank screen indicates that the port is open, but an error message indicating that the port is connected indicates that it is closed.

Telnet is a non-secure, unencrypted protocol. Anyone can view a user's username, password, and other confidential information typed in plaintext during a Telnet session by monitoring the user's connection. This information can be used to gain access to the targeted computer.

We will first run some tests to see if your outgoing port 25 is opened or not, in first case we will demonstarate a blocked SMTP port 25 in second case we will go through by sending an email using telnet.

On command line run the following command (you need to run this command on a server you are having email problems):

If you are receiving a message like "TRYING ..." and nothing else that means your outgoing port 25 is blocked and you wont be able to send email messages from your server.

We need to find a mail server to log into if you don't have the IP address of mail server. For this, we will need the DNS MX record for a given domain. This can be found with the following command

If your connected, you can continue with sending emails

The EHLO or HELO command is the first command we need to send to the mail server for our SMTP email tester. This is a simple welcome that begins the telnet client's conversation with the SMTP server.

The SMTP commands that the SMTP server accepts are displayed here.

The MAIL FROM command is the next command we really have to run. The address to which bounces are sent is determined by this.

We can now send the RCPT TO command after the MAIL FROM command has been issued. This command instructs the SMTP mail server to send the message to the specified recipient.

The message OK will appear, followed by an ID code. Your message has been delivered.

If you complete the test, you can be certain that there is nothing wrong with your email server or the address and information you used to get access to it.

If the SMTP server informed you that the origin email address was invalid, it's possible that you typed it incorrectly. It's also possible that something is wrong with your email account, which is why you can't get it to work in your new email client.

Hopefully, testing your SMTP server via Telnet while away from your new email client will help you narrow down all of the possible causes for any email issues you're having. 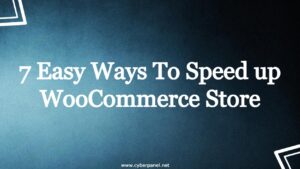 Studies done by Neil Patel and Google show that nearly half of users will leave a mobile site if it takes longer than three seconds to load. And for every
Read Article 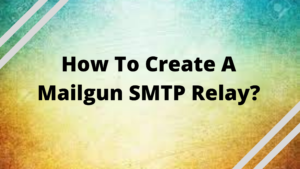 How To Configure A Mailgun SMTP Relay in Postfix?

Mailgun is a robust transactional email relay service and API that lets you send, receive, and track emails via their secure relay servers. Mailgun can
Read Article 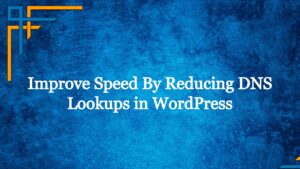